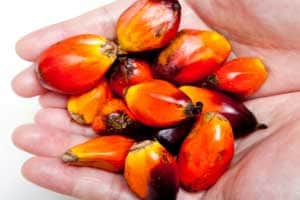 Global prices of key staple food commodities rose in April, marking its third consecutive monthly increase after four years of decline. The FAO Food Price Index averaged 151.8 points in April, a 0.7 percent increase from March. That is about 10 percent below its level of a year ago and more than a third off its 2011 highs.

The gradual increase is far from even across the board. April's increase was driven by palm oil prices and, in a minor key, cereals, while sugar prices tapered down after a strong increase in March.

The FAO Food Price Index is a trade–weighted index tracking international market prices for five key commodity groups: major cereals, vegetable oils, dairy, meat and sugar. Its decline over the past year reflects ample food supplies, a slowing global economy and a stronger U.S. dollar.
The FAO Vegetable Oil Price index rose 4.1 percent, due largely to a grim 2016 production outlook for palm oil coupled with a growing worldwide demand.
The FAO Cereal Price Index rose 1.5 percent on the month, due primarily to international maize quotations, themselves influenced by a weaker U.S. dollar and spillover from the oilseeds complex. However, rice prices declined marginally, while wheat markets posted limited gains amid expectations of large supplies in the new season for the crop.
The FAO Dairy Price Index dropped 2.2 percent as stocks of butter and cheese in major exporters continued to grow.
The FAO Meat Price Index rose 0.8 percent, pushed up by strengthening U.S. demand for Australian beef.
The FAO Sugar Price index, meanwhile, dropped 1.7 percent in April after a dramatic 17 percent increase the previous month. While concerns about global sugar production remain, Brazil – by far the main exporter – has had its second–highest crop ever and the country's use of sugarcane for ethanol is expected to decline.
Sugar and vegetable oils are the only sub–indexes currently at levels higher than those of April 2015.
FAO raised its forecast for world cereal production in 2016 slightly to nearly 2 526 million tonnes, virtually the same as in 2015 and potentially on course to be the second–largest global harvest ever, according to FAO's Cereal Supply and Demand Brief.
The larger figure results almost entirely from improved prospects for wheat production, as winter weather conditions have been favorable for prospective yields in the European Union, the Russian Federation and Ukraine. At 717 million tonnes, the 2016 wheat output forecast remains 16 million tonnes short of last year's record.
FAO's new production forecast for global coarse grains – including barley, maize, millet, oats, rye and sorghum – stands at 1 314 million tonnes, about one percent above the 2015 output.
FAO left unchanged its worldwide rice production forecast at 495 million tonnes, about one percent higher than the previous year, although the full impact of the El Niño weather phenomenon will not be clear for a few more months.
World cereal utilization in the season ahead is expected to rise by only 1.1 percent due to slower growth in the use of cereals – especially wheat and barley – as livestock feed.
As a result, world cereal stocks are likely to drop by 3.3 percent or 21 million tonnes over the course of the new season. Stocks are forecast to drop most in Brazil, Thailand, India, China, Morocco, the Islamic Republic of Iran, Argentina and South Africa, according to FAO.
foodingredientsfirst.com/news